Written by our Chairman – Peter Quine. Pictures Courtesy of Julia and Nick Sandy

It was a wet Friday afternoon when my wife and I arrived at the Hotel to commence the walking weekend. Some couples had travelled up on Thursday and were already well installed using the Hotel’s facilities or getting wet on a walk. 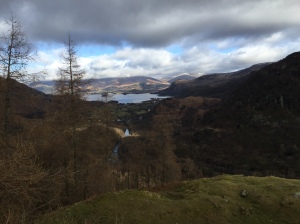 The group was made up of 26 couples, some 41 Club and Tangent and a fair smattering of friends. After settling in it was down to the bar for pre dinner drinks and introductions. My wife and I were one of only two couples who had not been before, the rest seemed to have been going on this weekend for many years. After a very pleasant dinner we had a power point presentation by Chris, which I had hoped would be of his holiday snaps, but turned out to be of what I am reliable informed was the map for the next day’s activities.

Through the alcoholic haze I seem to remember there were 3 walks varying in difficulty and distance, and at that time of night they all appeared fairly do able. 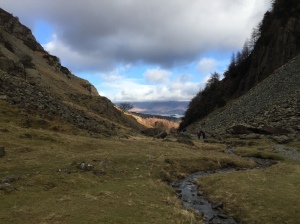 As often happens on these occasions in the cold light of day things did not seem so simple. I opted for the longest and hardest walk, and the weather when we set off was perfect. At this stage I have to say the less said about my efforts the better, as I suffer from vertigo and had to wimp out after a couple of hours, still I did spend a most enjoyable afternoon in the bar at the hotel.

My knowledge of the walks is therefore a bit sketchy but I gather everyone made the pub for lunch but not at the same time, several people took different routes to those so carefully laid out by Chris the previous night, and everyone took about twice as long as they should have done, but I guess this is what happens if you spend too long in the pub. 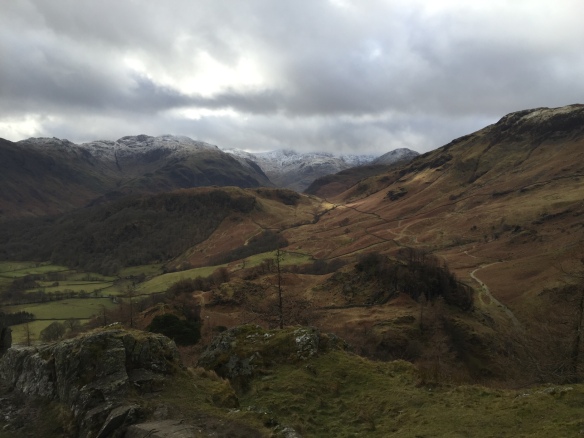 In the evening another fine dinner was consumed, with liberal amounts of wine and beer, however the pace soon caught up with people and a relatively early night was had by most.

The weather the following morning was as bad as the previous day had been good. A few hardy souls who had been persuaded by Chris that another walk was just what was needed made their way to the front door and out into the rain. Those with slightly more sense had a leisurely breakfast and read the papers.

The final act was a light lunch at the Hotel and then back home. This was a lovely weekend excellently organised by Chris and Wendy to whom all our thanks should go. Finally if you have not been on the weekend I can thoroughly recommend it, so come along and give it a go.